Let Your House Pay For Your 2020 Roth IRA Conversion 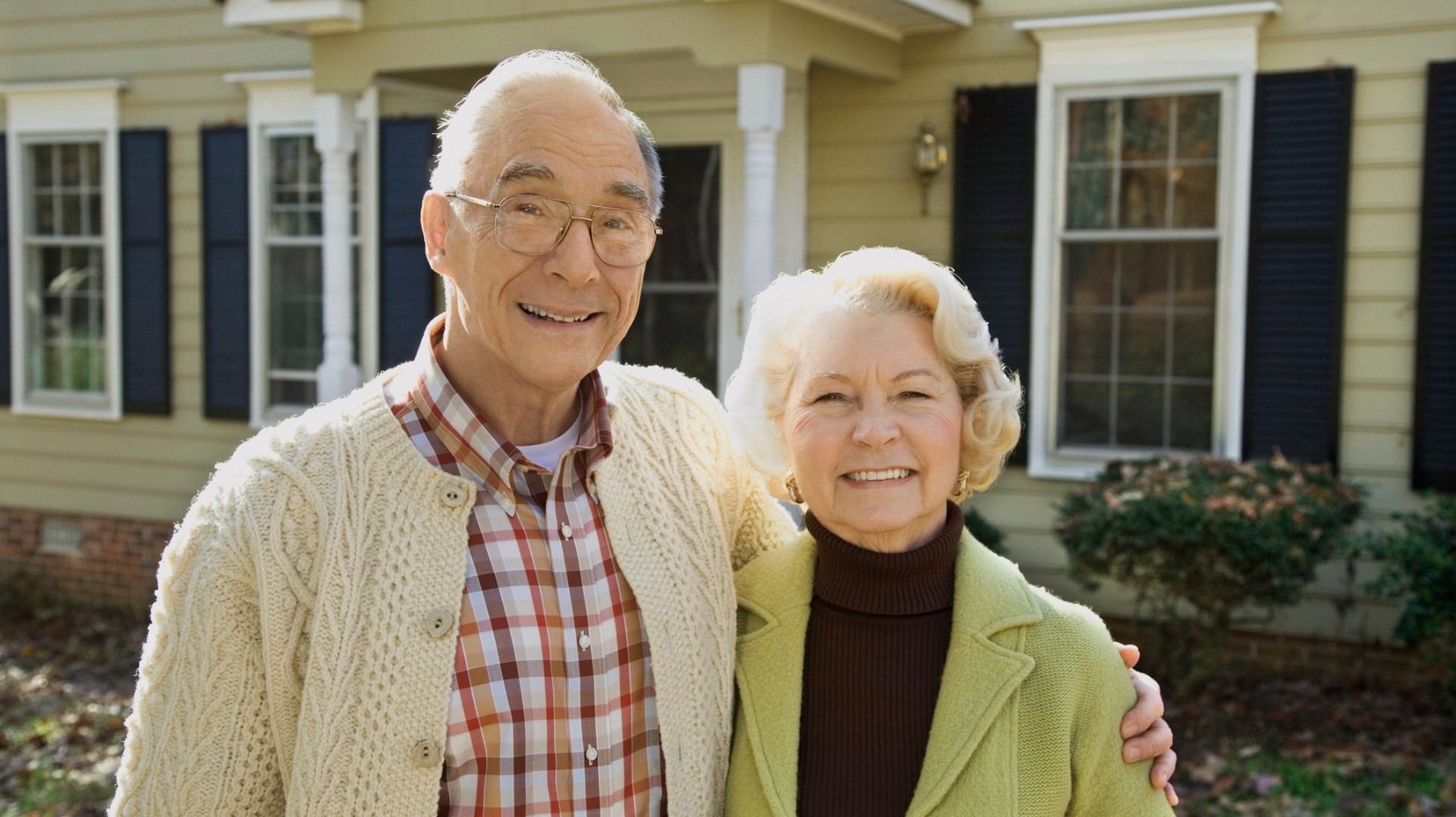 Just the title of this article could be enough to push Dave Ramsey into anaphylactic shock. For most of his audience, having a paid-up house in retirement is a good thing—to be preserved. I am proposing an idea that will likely work with wealthier IRA owners. This idea routinely meets with massive resistance. Keeping an open mind on this topic, however, could provide a huge windfall for you and your family.

But that isn’t the ending point.

Earlier this year, I wrote a post titled Now Is The Best Time In History To Do A Roth IRA Conversion, citing why 2020 may be the best year to make a Roth IRA conversion. One obvious reason is that the CARES Act temporarily suspends Required Minimum Distributions (RMDs) from Traditional IRAs and retirement plans for IRA owners 72 or older—but this is only true for 2020. If you don’t take your RMD this year, your income will be reduced which, by itself, would possibly make 2020 a great year to make a conversion. If you were already thinking about a conversion, you might be able to make a larger one and stay in the same tax bracket. For many older IRA owners, 2020 could be their lowest income year for the rest of their life. For the other five reasons why 2020 is a great year to make a Roth IRA conversion, please read my earlier post.

So, to move this position ahead, let’s assume you are a good candidate for a Roth conversion before the end of the year or even after year-end for that matter.

If you find yourself in this position, i.e., a good candidate for a Roth conversion but with little or no money outside the IRA to pay for it, you ideally would find  a nontaxable source of money to pay the taxes on the Roth IRA conversion. Let me propose an idea.

Assuming you have no immediate plans to sell, I suggest you consider letting your house pay the taxes on the Roth conversion. Mechanically you would borrow the funds from a bank or lender to pay the taxes on the conversion and put your house up as collateral. Current interest rates are quite low. You can get a home equity line of credit (HELOC) or even a reverse mortgage if you are thinking of a series of Roth IRA conversions.

The money from the loan or reverse mortgage pays the taxes on the conversion. You now have a Roth IRA growing tax free without incurring taxes from cashing in the Traditional IRA to free up the money to pay for the conversion.

Now, I know that reverse mortgages get a very bad rap, but they do not have the high costs and fees that they had years ago. In addition, so many banks offer them that HELOCs and reverse mortgages have become competitive products.

Most people balk at this suggestion. I get it. It is a lot easier for our firm to “crunch the numbers” than for you to go out and borrow against your house. I always say for a tax strategy to work, it must pass the “math test” and the “stomach test.” We have “crunched the numbers” enough that we know for many IRA owners, this strategy passes the math test. The financial difference it could make for your children over their lifetimes could easily amount to hundreds of thousands of additional dollars compared to not making the conversions.

But that doesn’t mean it passes the stomach test. Can you stand owing money on your house again without feeling sick or losing sleep?  You slaved for years with the goal of paying off your house and you finally did it. Now, some number cruncher armed with a bunch of spreadsheets is saying you and your heirs will be better off if you make the conversion or series of conversions and have your house pay the taxes. The stomach test must be considered.

Also, please make sure that you are not risking a situation where you won’t have the money to make the payments. This is not an arbitrage strategy hoping your investments will pay a higher rate than the loan. Please don’t utilize this strategy if you don’t have a good way of making payments on the loan even if the market takes a substantial hit.

I have a lot of “IRA heavy” clients, i.e., clients with large IRAs, paid up houses, and no or little after-tax dollars. Here is a simplified example. My clients had $2,000,000 in a Traditional IRA, a paid-up house, and no after-tax dollars. For the reasons I outlined in my previous post on the six best reasons to make a Roth conversion in 2020, I thought they would be great candidates. But as I said, they didn’t have the money to pay the taxes on a Roth conversion from a non-IRA portfolio.

I proposed that we “run the numbers” and compare doing nothing vs. doing a Roth conversion and/or a series of annual Roth IRA conversions using the equity in their home to pay the tax on the conversions. Frankly, I didn’t have to run numbers to know this strategy would be much better for my clients and their family than doing nothing. But I like to prove my assertions, and actually seeing the numbers is frequently helpful for the client.

But that was an impossible scenario for his wife. She found the idea of owing money on the house totally untenable. The strategy didn’t pass the stomach test. No action was taken.

I think it had the potential to be a huge win. And given that fact situation, I don’t see much of a downside other than not passing the stomach test. The same for many IRA owners, assuming they will never have a problem making loan payments because of the amount in their Traditional IRA. Most IRA owners will experience a higher minimum distribution as time goes by. Often, that distribution when added to their Social Security exceeds their living needs. At that time, the line of credit could be paid off. Alternatively, if you change your mind and don’t want to have a line of credit on your house, you just say, “Okay, we’ll take the money out of the IRA, as we were originally thinking, and pay off the home equity loan.”

But here is an even better idea that is even more uncomfortable. Die with a home equity loan or reverse mortgage.

Let me tell another story. We had elderly clients who were committed to paying for their grandchildren’s private parochial education. They were taking money out of their IRA, far in excess of their RMD, paying the taxes, and paying for the education costs with the proceeds. It was quite clear to us that they were shortchanging their long-term security and that they faced the possibility of running out of money if they continued in that pattern. Furthermore, they were violating my 30-year-old first-rule-of-thumb:  pay taxes later. So, I said, “Well, let’s ‘run the numbers’ and look at getting a home equity loan or reverse mortgage to pay for the grandchildren’s education.”  “You mean have our house pay for it?”  “Yes.”  “But then we’ll die owing money.”  And I said, “Yes! So what?”

Let’s play the story out. For the sake of argument, we will value the house at $500,000. They take out a loan that over time totals $200,000 to cover the education costs. There were no taxes on the distributions. The couple dies in the house. Ultimately, the house is sold for $500,000 and from that their kids pay off the mortgage/loan. The kids have $300,000 left which they split equally. But the family got what it needed when they needed the money for a goal that was important to them. In this case, the loan passed the math and the stomach test. The moral of the story is that the money you get from a home equity line of credit or reverse mortgage doesn’t have to be used to pay the taxes on a conversion.

But consider this, if they had used the proceeds from the loan to pay for a series of Roth IRA conversions, they would have had a much bigger Roth IRA that would be extremely beneficial for the children. And the rational for dying and owing money on the house would be the same.

Now, could this strategy hurt you if the market goes down?  Well, yes, but that would be true of any Roth IRA conversion. And the market must go down and stay down for you to be hurt in the long run. If interest rates go up, you could also get hurt, but remember, I am assuming that you could pay off the loan from cashing in your IRA if you wanted to.

I also must take this time to stress that none of these decisions should be made haphazardly or without serious analysis. In general, I only recommend this technique where there is virtually no chance of losing the house because you can’t make the payments. The waters for reverse mortgages might be even murkier because that it isn’t something easily undone.

Before taking action, we would recommend you consult with a trusted advisor who could fully analyze your financial position and “run the numbers” to help you with your decision. I know many Forbes.com readers are do-it-yourselfers. Fine, but run the numbers and if it passes the stomach and math test, take action. Don’t just say “interesting article, now it is time to watch football and forget the entire idea.”

The foregoing content reflects the opinions of Lange Financial Group and is subject to change. Content provided herein is for informational purposes only and should not be used or construed as investment advice or a recommendation regarding the purchase or sale of any security. There is no guarantee that the statements, opinions, or forecasts provided herein will prove to be correct.

Past performance may not be indicative of future results. Securities investing involves risk, including the potential for loss of principal. There is no assurance that any investment plan or strategy will be successful, or that markets will recover or react as they have in the past.