What Biden Will Do: 24 Policy Plays to Expect From the Next Administration

The Kiplinger Letter forecasts President-Elect Joe Biden’s biggest priorities — and the likelihood of progress on them. 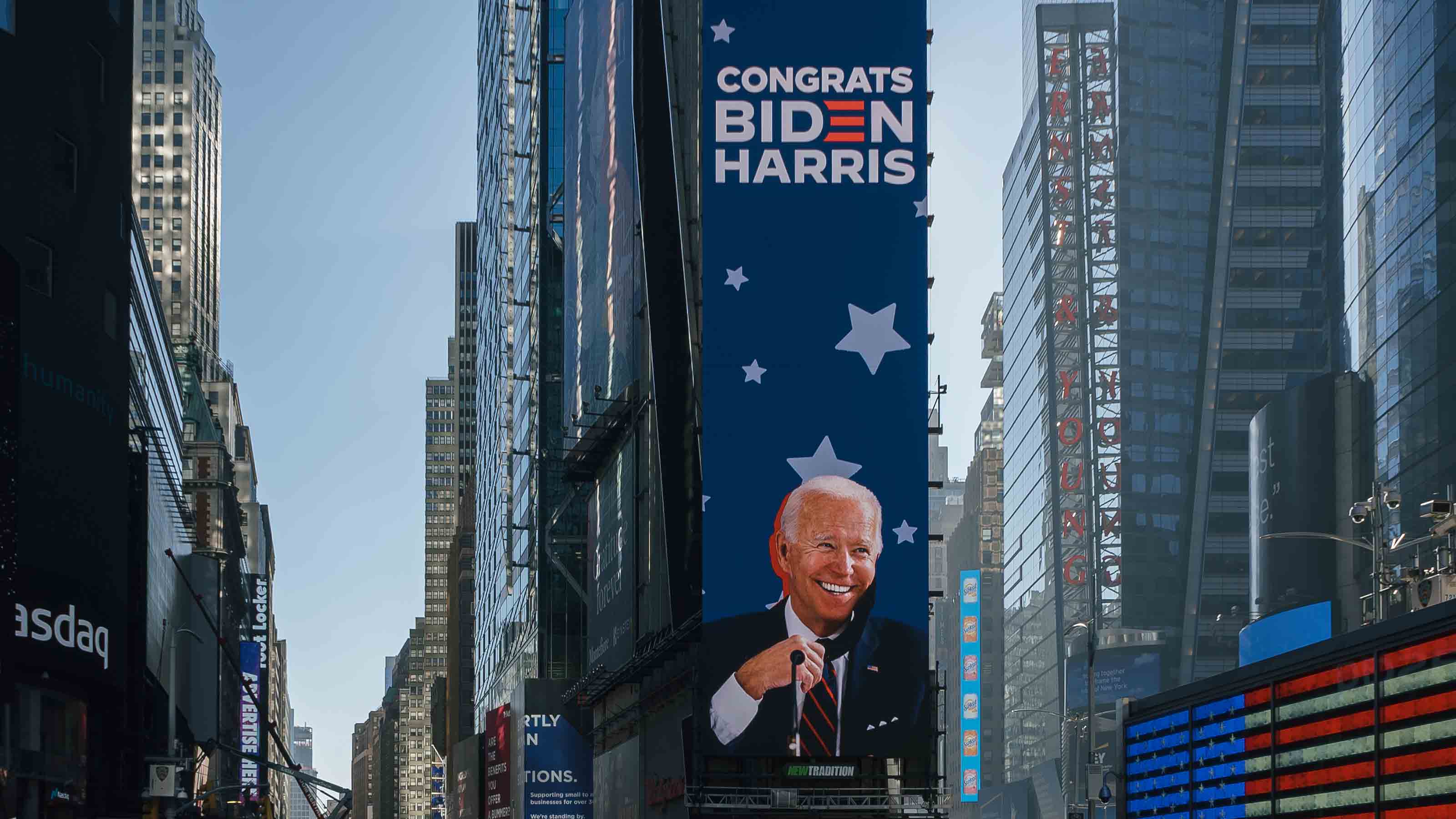 After the various legal challenges play out, Joe Biden will almost certainly be president come Jan. 20, 2021, after ousting an incumbent for only the 11th time in American history. But what will Biden actually do?

If Donald Trump was a political outsider, Joe Biden is the ultimate D.C. insider, with a career in politics spanning five decades. He cut his teeth in an era when Washington was less politically polarized than it is now and working across the aisle was more common. Biden will at least try to be a dealmaker, a role he frequently played as vice president in the Obama administration — to the chagrin of his more liberal Democratic colleagues. He’ll have little choice with a GOP Senate serving as a check on the Democratic House. (We assume Democrats won’t win both Senate seats in Ga., to be decided in a January 2021 runoff election — the only way the party could control the Senate.) Not that that necessarily bothers Biden, who has consistently resisted calls from the left wing of his party to embrace buzzy progressive ideas, most notably Medicare for All.

The wild card: Biden’s relationship with Sen. Mitch McConnell (R-KY), which goes back decades and has included many tough negotiations. For Biden to get any major legislation passed, the top Senate Republican will have to play ball. If Biden and McConnell can’t work together, the result will be total gridlock. Split control of government will affect almost all aspects of Biden’s presidency. His campaign was in many ways a bid to return U.S. politics to “normal.” The next four years will be a major test of whether that’s still possible.

Here are 24 moves to expect from the Biden administration throughout the next four years:

If Congress punts a new stimulus package until next year, expect Biden to jump into the negotiations, leaning on his past relationships from his long years in the Senate and his history of one-on-one dealmaking with Republicans. He may find it easier to win GOP support for a series of smaller economic relief bills, with price tags Republicans can swallow.

How fast the economy grows next year depends on whether a deal is reached on more stimulus, in the form of more Paycheck Protection Program loans for firms, more unemployment benefits and maybe some aid for state and local governments. With another stimulus package, look for GDP to grow by 4.3% in 2021. Without it, GDP growth of only 3.2%, which would slow the recovery from 2020’s 3.6% drop.

With a GOP-led Senate, expect Biden to appoint moderates who can get the approval of Senate Republicans. Examples include Lael Brainard, a current Federal Reserve official who tops Biden’s short list to lead the Treasury Department. Democrats hoping for more-progressive appointments will likely be disappointed.

Figure on yet another round of regulatory whiplash, with Biden undoing many Trump rules the same way Trump reversed many Obama ones. Biden will be tougher than Trump in several areas, which could slow GDP growth. For instance, Biden’s team is already mulling financial regulations to pursue climate-related goals. (More on Biden’s impact on the oil and gas industry in a bit.) One example: Biden may try to revive Obama’s Clean Power Plan for cutting emissions of greenhouse gases. Ditto more stringent fuel economy standards for cars and trucks.

Biden will likely favor more immigration, which can help the economy grow if it translates into skilled workers for industries that struggle to fill key positions.

Don’t expect major tariff rollbacks anytime soon. Duties remain in place on more than $370 billion in imports from China — leverage to force Beijing to follow through on promised purchases of U.S. goods and services. Tariffs on imports of steel (25%) and aluminium (10%) also probably aren’t going anywhere.

Expect Biden to maintain, even expand, Trump’s “Buy American” policies, such as a recent executive order requiring government agencies to buy medicine and medical supplies from domestic manufacturers. The policy affects hundreds of drugs and medical supplies, including ingredients for chemotherapy drugs.

On China, Biden’s agenda will be roughly the same as his predecessor’s, demanding concessions on Chinese state subsidies and forced technology transfer. He’ll largely follow Trump’s lead with a confrontational approach to Beijing’s geopolitical ambitions. The difference will be one of degrees, not of kind. For example, Biden will likely continue efforts to blunt Chinese technological ambitions, but may be somewhat more receptive to complaints by U.S. companies affected by such policies, particularly chipmakers.

Look for Biden to strengthen federal oversight of the financial industry. Biden will push the CFPB to crack down on abusive lending practices and review whether some of the fees that banks charge customers are justified. He is likely to reinstate a policy requiring payday lenders to verify borrowers can repay loans.

A Harder Line on Insider Trading

Under Trump, insider trading cases filed by the Securities and Exchange Commission hit the lowest level in decades. Policing investment advisers and cracking down on schemes targeting retail investors will remain priorities.

Expect Biden to reverse Trump’s push to privatize Fannie Mae and Freddie Mac, the government-sponsored mortgage giants that went bust amid the housing crisis. Instead of readying them for sale to investors, Biden will seek to use them to make mortgages available to more potential buyers.

Infrastructure is the Biden legislative priority with the best shot at passing Congress. Biden is touting a roughly $2 trillion investment plan. But the devil is in the details — namely, the price tag. The same factor also prevented the two parties from reaching an infrastructure deal under Trump.

A divided government would mean much of Biden’s health care agenda is DOA. He won’t be expanding Obamacare with more subsidies or a Medicare-like public option. But Biden may succeed in undoing Trump-era regulatory changes to Obamacare that critics blame for undermining the federal health care program. Examples include waivers that allow some states to skirt certain Affordable Care Act coverage requirements.

Employers can expect stepped-up enforcement of workplace protections, particularly those related to the pandemic. Biden has said that under his watch the Labor Department will issue an emergency temporary standard, providing employers and workers with legally enforceable guidelines to prevent the spread of COVID-19.

In a divided Congress, raising the federal minimum wage will be a nonstarter. Again, that will disappoint progressives hoping for a big increase in the federal rate.

An End to Restrictions on Work Visas

One change many employers will like: The Biden administration will put an end to restrictions on work visas, such as the H-1B for high-skilled immigrants, including scientists and doctors.

Phasing Out Drilling on Public Lands

Biden’s victory is in many ways a setback to the oil and gas industry, especially if he follows through on plans to phase out drilling on public lands.

Biden’s focus on EV supply chains could help miners of critical materials, such as copper, lithium, nickel, rare earth elements and others.

Re-Connecting With the International Community

Biden intends to rejoin the WHO (World Health Organization), which Trump left in September 2020, and the Paris climate accord.

Biden is more likely to pursue an extension of the New START treaty with Russia, which imposes limits on both countries’ nuclear arsenals. On Iran, Biden will try to rejoin the Obama-era nuclear deal. It’s unclear whether either country will go along.

Defense spending is likely to remain stable, with both progressive Democrats and Republican budget hawks unable to force the Pentagon to cut back. Many future spending negotiations are poised to result in continuing resolutions. That’s good news for the Pentagon, aiming to drop record sums on tech R&D. Ditto for defense contractors, such as Boeing, Raytheon and Lockheed Martin.

The Biden administration will likely step up antitrust scrutiny of Big Tech by appointing regulators who will be more skeptical of megamergers and anticompetitive behavior. Expect more probing of digital privacy, data collection and other issues to inform potential action. However, regulators will be limited by current antitrust laws and court precedent, which make many cases hard to win.

A Crackdown on For-Profit Colleges

Under Biden, the gainful employment rule will make a comeback, requiring programs to show that graduates are landing jobs. Plus, watch for a rule that for-profit schools have to first prove their value to the Department of Education before accessing federal aid.

Biden will extend student loan relief if Trump doesn’t do it first, perhaps until September 2021. The pandemic-related federal loan relief expires on December 31, 2020.